Geoffrey Hinton faced an impossible decision. An English researcher, Hinton came to the United States after finishing his PhD in Artificial Intelligence in the late 1970's because the U.S. was the only country where he could find academic advisors willing to let him study something that just about everybody in the field considered a waste of time.

“I went to California, and everything was different there,” Hinton says of that time. His neural net approach to AI, which is now the dominant approach in the field, was then dismissed as "silly" in his native Britain. In the U.S., he connected with others willing to have fun exploring questions about psychology and how the brain works.

Upon finishing his post-doctorate studies at University of California San Diego, he discovered that, doing the kind of research Hinton was doing, the only way to move forward in his field would be to take funding from the U.S. military. As an academic maybe he could take a stand of some kind, but he had graduate students to consider, too. If he turned away the military funding Hinton would be starving his students of the already paltry stipends they depend on to purchase housing and food.

Trusting his gut had gotten him this far already. He knew deep inside that taking military funding went against his values. He learned about an opportunity in Canada, where an organization called the Canadian Institute for Advanced Research (CIFAR) directs funding to researchers from the Canadian government and private donors to researchers. The researchers have freedom to delve into their interests without being directed about what to research. To Hinton, whose AI research has become some of the most influential in the field, this is type of freedom is a crucial component for innovation to take place.

Basic, curiosity-driven research means there are no expected outcomes or specific products that are supposed to come about as a result of the research. Money is put in the hands of scientists, and the scientists can use the money however they see fit. Potentially, the scientists “don’t do what they said they would do, but do something more interesting, if something turns up,” Hinton says.

Hinton credits the curiosity-driven research funded by CIFAR with the growth of the deep learning industry, which companies like Google and Toyota have subsequently invested billions into.

Why innovation matters for small business

Businesses can adopt this approach to being curiosity-driven, as well. The ways in which AI and automation will reshape industries are unclear. Everything is changing so quickly that you might not even know what your company is going to look like in ten years. CEO’s cannot predict what new products, practices, or strategies will make their business competitive in the future. The best way to prepare yourself is to lean into that uncertainty by investing in innovation and exploration within your business.

The big corporations know this already. Google, for example, hired Hinton himself in 2013. His job description? “I’m getting on with my research. I think my main role is to talk to other people there doing research, try and inspire them. And keep coming up with new ideas,” he says.

It is common for good engineering companies to allocate twenty percent of their resources purely for fun. Often in the office of a tech company and you will find video game consoles, yoga studios, and curiously compelling spaces—things like psychedelic meditation nests constructed from sticks and rainbow-colored LED lights. These things are not a waste of money. They actually lead to a bigger payoff in the long run because they stimulate people's curiosity.

Many small business play it cheap. It is tempting to wait for the new technology or best practice to come online and become widely adopted before getting on board, but this is a mistake. From what I have seen from my years as an AI scientist working with businesses to transform, the companies that try to be conservative and wait until the new tools and practices have become mainstream are the companies that get wiped out in very quick succession.

Put some money, time, and resources aside for innovation and exploration. Companies that consistently allocate some percentage of their revenue into innovation—ten or twenty percent is a reasonable amount—those are the companies that withstand the changes the future is bringing and actually grow.

The whole company must believe in this practice, at all operation levels. However, the mindset starts from the top. It depends on the CEO and the executive team to set the tone. As a business owner, set your personal innovation goal be more willing to take risks and try new things.

This mindset will make you ready for the unpredictable twists and turns that the future is bringing. We can see this in action right now, with the changes Covid-19 has brought upon so many businesses. Companies that had explored work-from-home options have been able to quickly pivot, while those that hadn't were left scrambling. 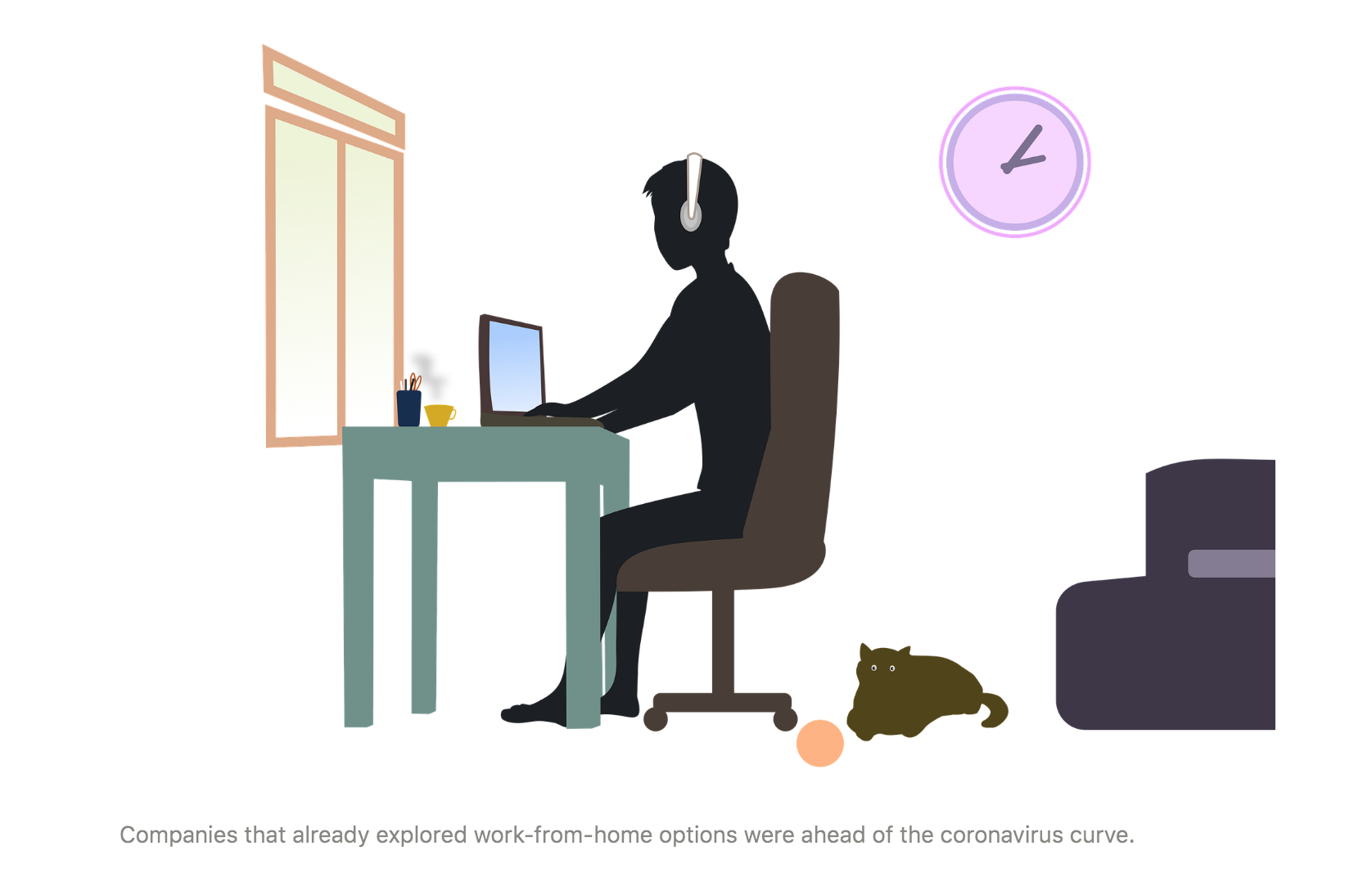 Investing in innovation also means the makeup of your company reflects this mindset. Consider who is on your executive team and your board and who are your employees. When hiring people to join your future-thinking company, look for people who are well-rounded and that thrive on experimentation.

People who are well-rounded will be able to roll with you as your company evolves. You can’t afford to hire people who operate with black-and-white thinking when the future is so gray. Liberal arts backgrounds are good. Programmers who can play music are good. Marketing managers who rock climb are good. You don’t want a person who acts like a computer chip. You want people with rounded skill sets who are multi-dimensional. Get people who are experimental on your team, and then create opportunities for them to experiment. 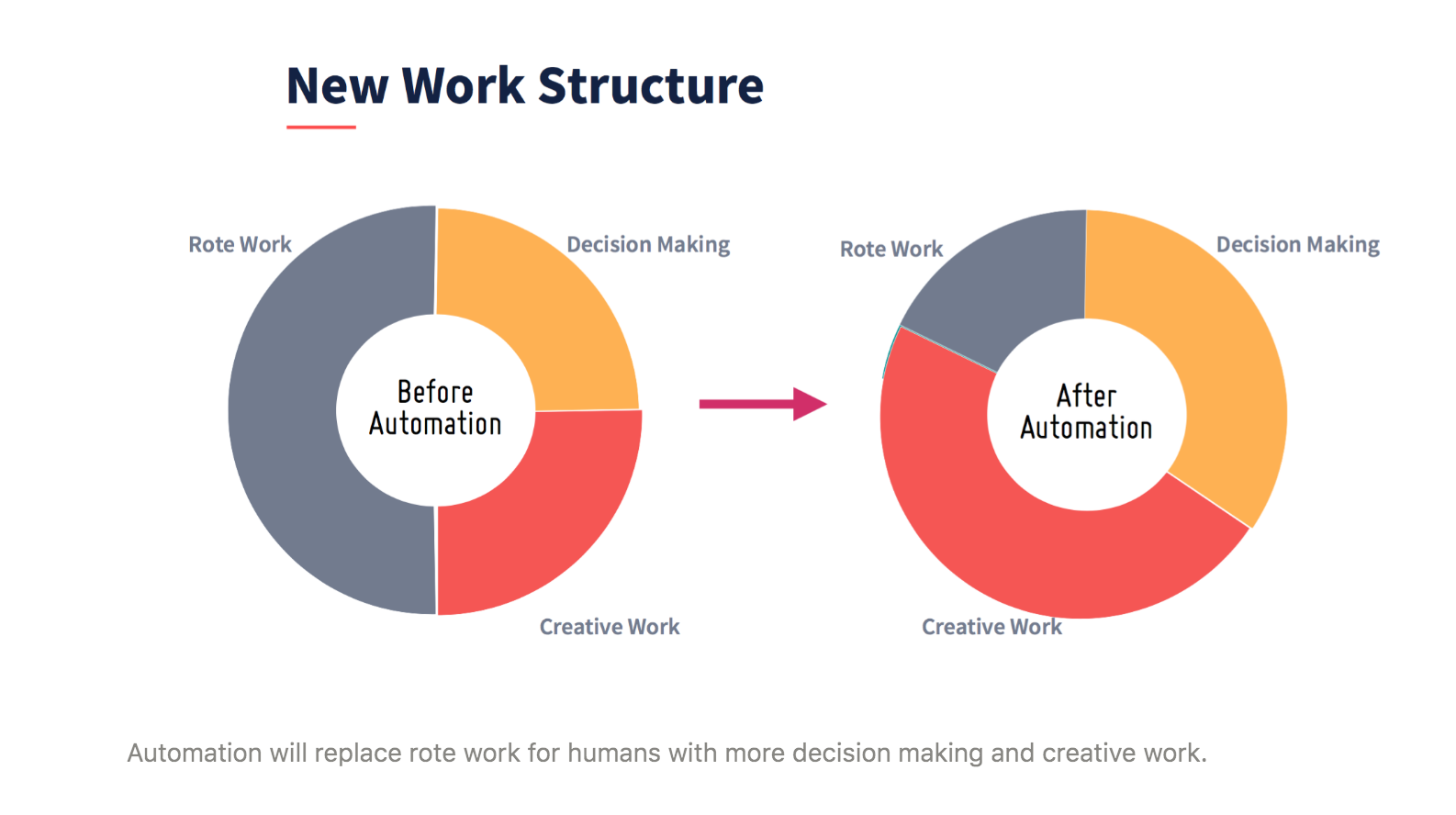 As businesses use AI more and more, humans will no longer be required to do tasks that can be automated. Being a smart leader means embracing AI. Anything that can be automated should be automated. However, the other side of the coin is also true: for anything that cannot be automated, anything that requires a uniquely human skill set, double down on the “humanness” required. What AI cannot do is the human stuff. You know, the intuitiveness, the funkiness, the whole “making mistakes” thing—where the mistakes lead to exciting new discoveries. That is all human stuff that AI can’t touch.

Humans make mistakes, but often our mistakes lead to discoveries. Being driven by curiosity is one way to create space for discovery.