AI is the most important technology trend of recent times that will change jobs, social structure, and the economy. We see AI integrated into our lives all the time. We hear about it in the news ever so often. From the latest Google talks to Tesla’s self-driving cars, AI is becoming a part of our environment ever so fast.

In the beginning, AI was charming, exciting and sometimes even borderline cute. But like the horror movie Gremlins, the cute pet quickly transforms into a big scary monster. AI is racing towards that sort of transformation.

AI is essentially designed to help humans make sense of the rapid changes arising due to an exponential growth in computer technology and huge mines of data. Data is growing by leaps and bounds. It is becoming exceedingly difficult for humans to keep up with that pace. They need AI to understand this data now. This new technology mimics the human brain. Instead of being told what to do, AI uses data sets to decide what task is to be done. Just like nature designed babies and their ability to learn from the environment, AI learns from its environment to make intelligent decisions.

What started small has now become huge. Over time and after decades of research, AI now has major breakthroughs. Powerful computers and insanely large data sets helped us figure out how to make a computer think by itself. In modern times, AI has grown up to think like real human beings.

This leads many people into worrying about losing their jobs. If you plan on entering the workforce or are currently a part of one that has routine and repetitive tasks, your life is about to get exciting. Not in a good sense though. Read on to find out why.

Ever since man discovered his ability to create machines that can compute faster than him, we are on a journey towards digitizing each and every aspect of our lives. We are putting our trust, our moments and our financial data onto it. We don’t carry boxes of paper anymore. But the real question is whether or not our lives are only becoming less tangible and more digital?

The good news is that with the computer we can now manage more information than ever. This has enabled us to create and handle more information. We are becoming more efficient than ever. But we have relied a bit too much on computers. We have a mountain of data but have lost a sense of life, becoming even more clueless by the day. 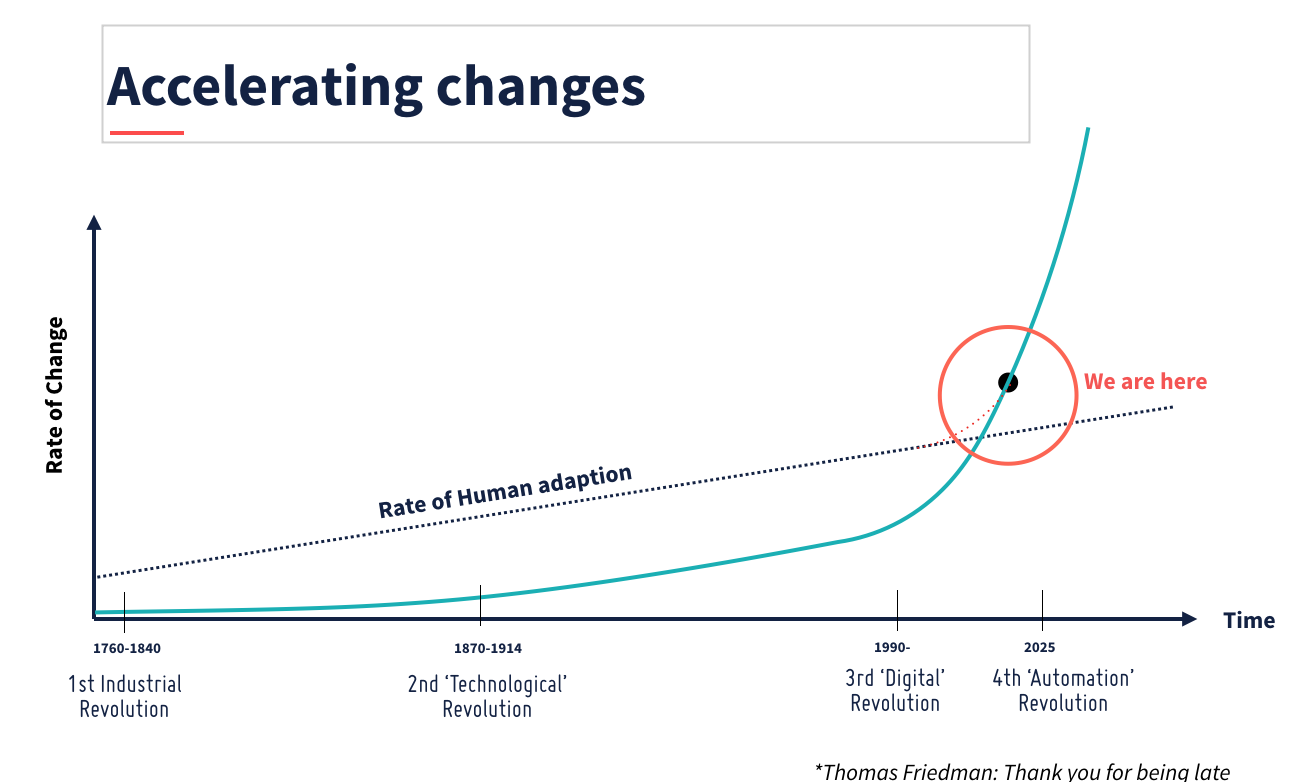 In the early 70s, a group of scientists sat down to solve a problem. They wanted to make the computer think for itself. It seemed like an impossible task, to begin with. However, as computers increased in power and cloud computing got introduced, we saw the rise of supercomputers. Early AI now embraced superhuman intelligence.

Unlike your mobile apps, which require programming rules to decide how to behave, AI uses data to create its own rules. Using specialized training data, the AI program can create a self-learning app that has the ability to learn by itself using the data it already has or is being fed.

Before the rise of Artificial Intelligence, everything a computer could do was because of a program made to carry out that particular task. A computer program is a set of instructions. The language used to write these instructions is called a computer language. This was a mean of communication between humans and the computer. All applications previously used this technology. When new features were to be introduced you needed to hire a coder to go through the lengthy process to make sure your application runs bug-free.

After the invention of AI, all we need is a large set of structured data. These data sets are typically broken up into training data and production data. Training data typically has both types of data: input and the intended output. AI software uses the pattern in the data to build a model for the app. The model then can generate the app that we want.

This approach allows a self-adapting computer program that adapts to real-world changes. When a new pattern emerges, the AI model detects the changes in the data, and updates the model accordingly in real time, without human interruption.

The computer handles all this by creating a small layer of neurons (yes, quite like a brain neuron). Each neuron learns how to route to the correct answer.

The more data you input the better the outcome is. It can start to adapt when you feed the training data. 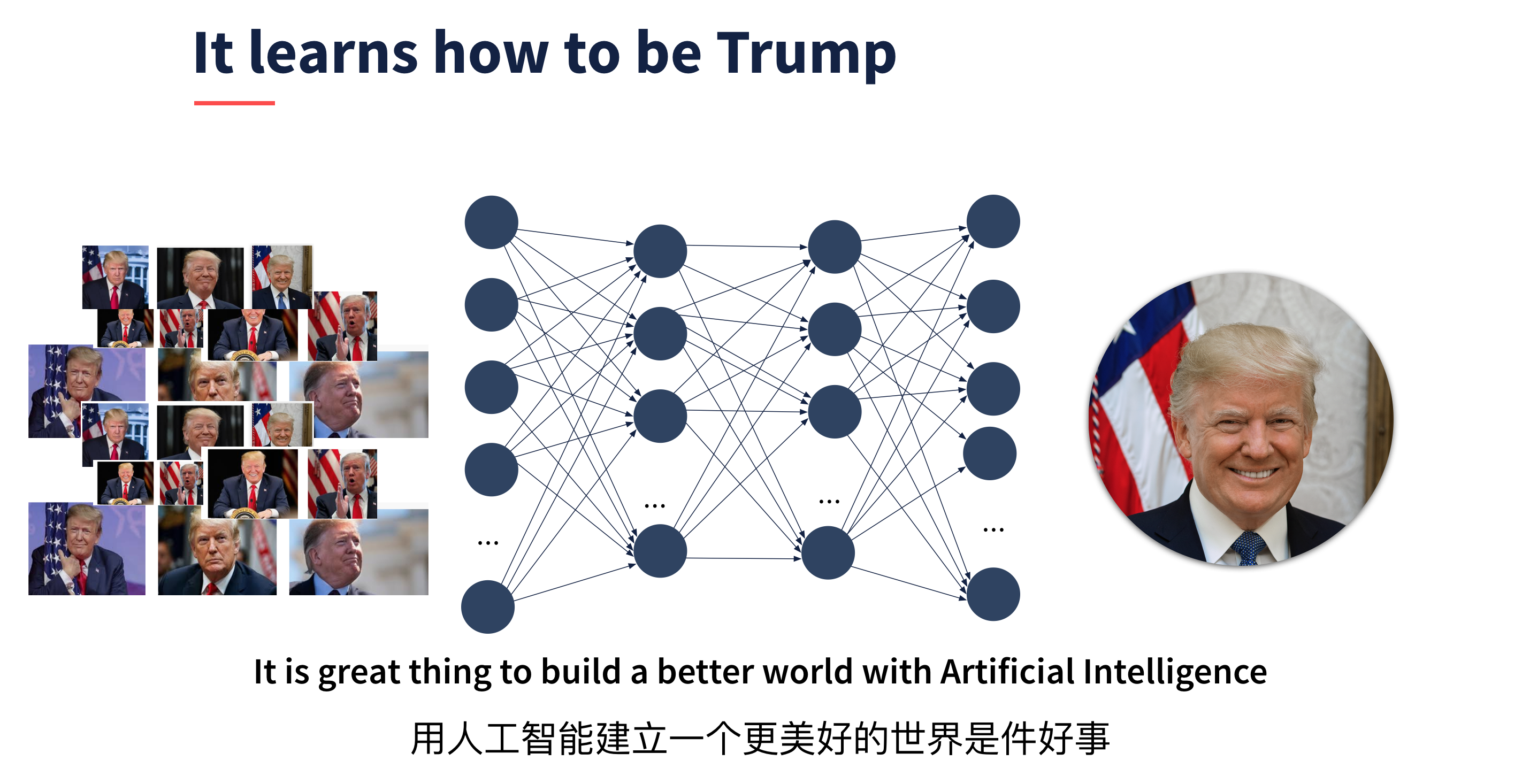 Because of our reliance on computers for our digital life, AI has many applications in the real business world. Below, I will listed 6 type of AI applications that can be use starting today. Overtime these applications will be as widespread and accepted as Uber, AirBnB, etc. Without further ado, here are the different type of AI powered applications: 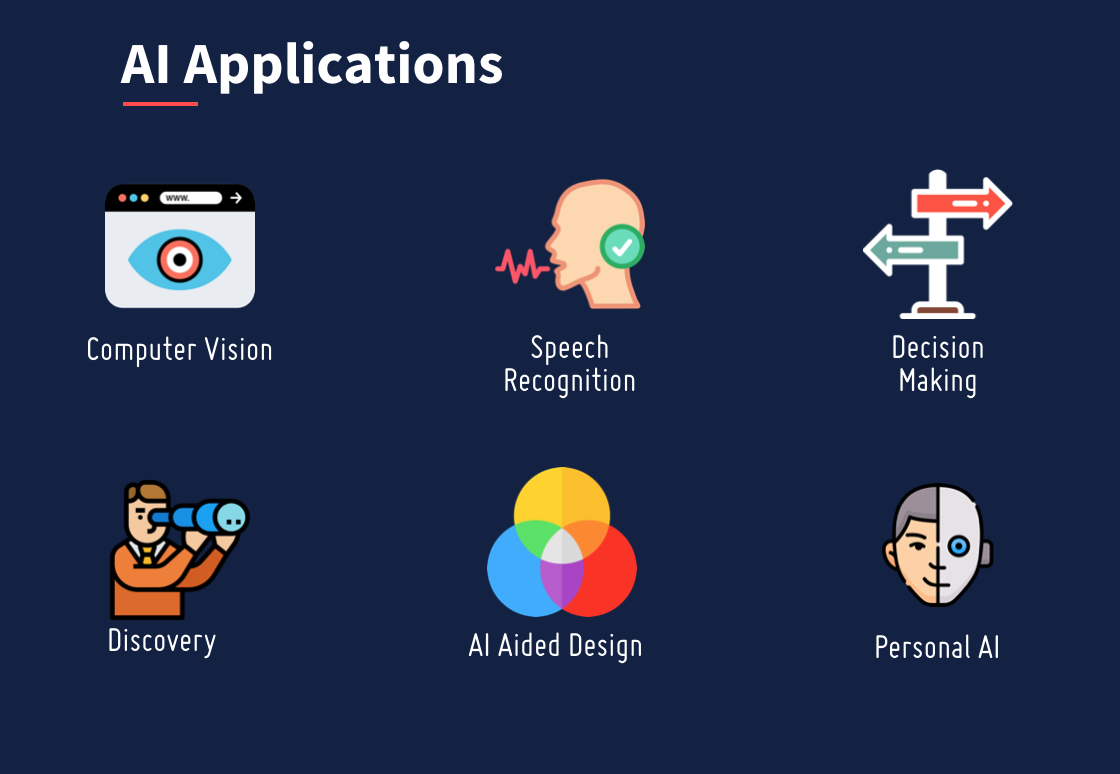 Computer Vision app is an AI app that learn from video or image data sets with the goal of object recognition in the images/ videos. This type recognition can be use to do: - Figure out what changed - Detect defect - Facial Recognition

Well, I say it. 2019 is the year of natural language processing. Natural language processing is the new AI app that allow you to interact with computer using everyday language. Gone are the days that you need to speak in short sentence from a selected options from the phone menu. If you have a smart phone, you may have already familiar with this feature.

With the proliferation of smart speakers, Google and Amazon takes this technology to more homes and cars. They allow you to upgrade your home and your car to a smart car and home. You can know search with your voice along with turn off the light and closing the garage doors.

With recent AI advancement, google has taken this to the next level and make the conversation as real as talking to your best friend. Watch below for example.

Look for issue in the contracts, no more lawyers needed.

Designers or engineers input design goals into the generative design software, along with parameters such as performance or spatial requirements, materials, manufacturing methods, and cost constraints. Using AI powered 3D printer, we explores all the possible permutations of a solution, quickly generating design alternatives. It tests and learns from each iteration what works and what doesn’t.

AI is no longer for the big company. It can be use for personal use. Using today cheap wearable tools, you can now create your own data warehouse for your own usage. 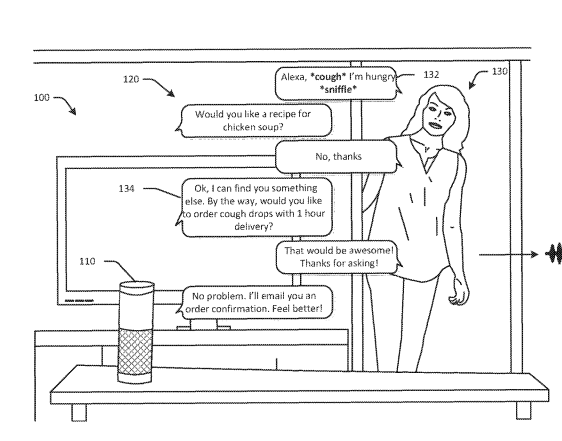 This is the Quantified Self movement. In short, it is self-knowledge through self-tracking. Couple this with an easy agent system, you can have the power of AI to improve your life both physical and mentally.

It can act like a chief of staff for you.

Here is how to do this

To get Personal AI to works better, we needs lots of data. In order to get more data, many companies are pushing for the smart device with multiple cheaps sensors. Combining this sensors to detect larger scale of information. Below are the example of future sensors that allow you track your digital activity and learn from it.

Smart environment relies on robust and accurate sensing techniques. Closest to this vision are cameras and general-purpose sensor tags, and yet several key challenges remain (e.g., high cost, demanding maintenance, low sensing versatility and resolution, visually unappealing, and privacy invasive). To tackle these challenges, I build wide-area sensors that can sense at distance and monitor activities at room-scale, enabling ubiquitous sensing with a sparse sensor deployment.

An autonomous machine is a physical machine that performs behaviors or tasks with a high degree of autonomy. Using machine learning, Autonomous machine can learn, perform, and optimize complete tasks that previously only suitable for human. For example self driving car and delivery robots. Typically there are three type of Autonomous AI:

Nowadays, basically every machine that helps people can be considered a robot. From the ATM on your street corner to the shiny coffee machine in your kitchen, automation is already a major part of the everyday. Concepts similar to robots have been around since the 4th century B.C in Greece, but the first official ‘robots’ were the industrial robots introduced in the early 20th century.

They were pioneers in replacing the jobs that were too dangerous/repetitive for humans to do, working tirelessly where humans couldn’t. Then came the mobile robots, around the middle of the 20th century, which could move in the air, in water, and on the ground. Today, we are seeing the rise of a more advanced kind of bot: the autonomous robot.

Autonomous Robots as its name indicate, is a robot that do not need human interaction to do its job.

The collaborative application of robotics enables humans and robots to safely and effectively work together in an uncaged environment, with no risk of injuries/damages. Collaborative robots (cobots) were designed with multiple advanced sensors, software, and EOATs that help them swiftly and easily detect and adapt to any sort of intrusion into its work envelope.

Cobots typically have a rounder shape without any pinch points and internalized wires and motors. They also have the ability to detect any abnormal force applied to their joints while in motion. These robots can be programmed to respond immediately by stopping or reversing positions when they come into any sort of human contact.

In addition, programming and integration is made simpler as they can be hand guided. This means a worker can show the positions/paths that are desired of the robot and they will immediately repeat them.

A new tech startup Neuralink to build implants that connect human brains with computer interfaces via artificial intelligence. Their goal using an implant, it will have potential "to merge" humans with AI.

The approaching technology would see groups of minuscule, flexible electrode "threads" implanted into the human brain by a neurosurgical robot.

These threads detect and record the electrical signals in the brain, and transmit this information outside the body. 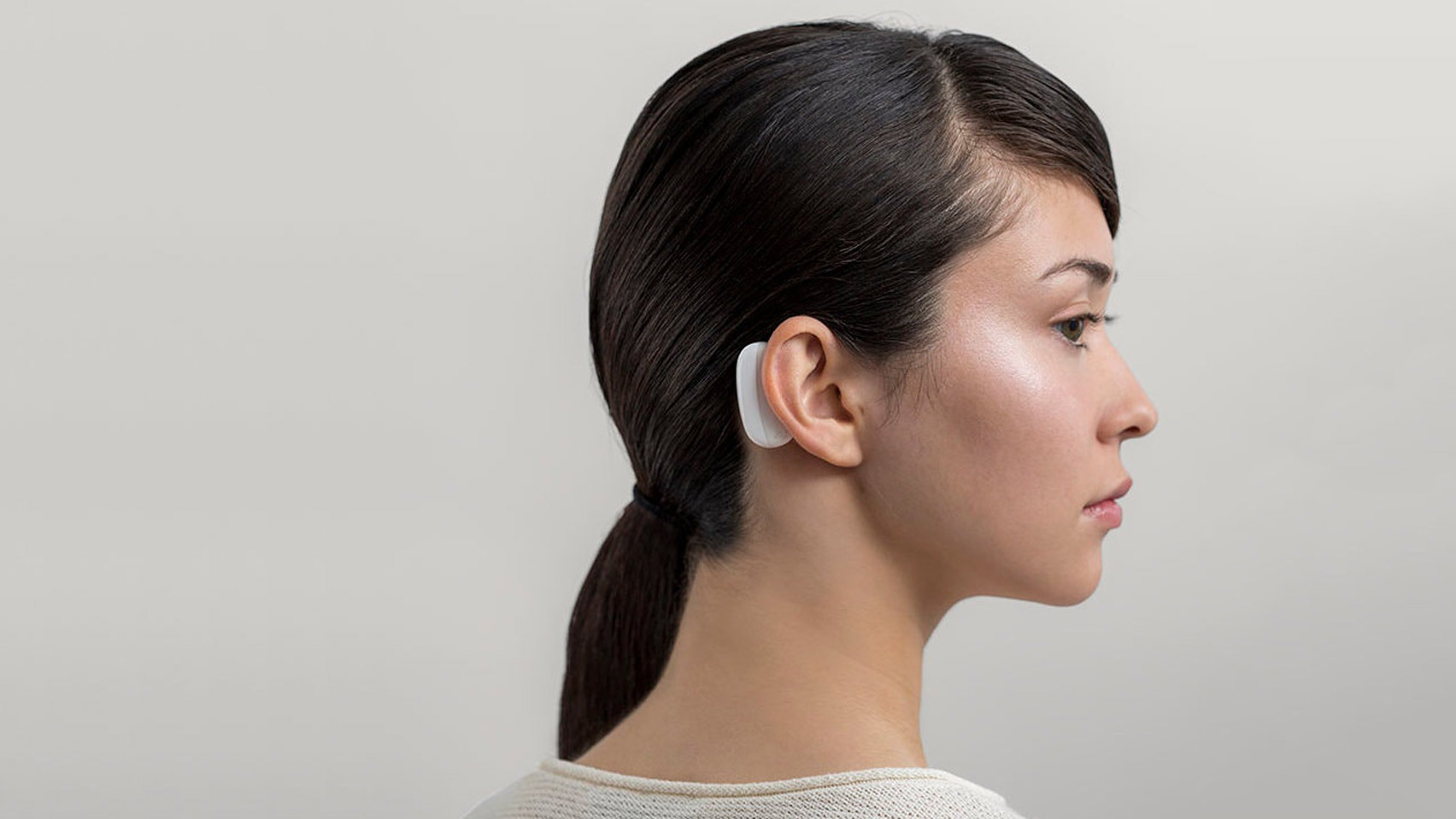 The goal is to use Neuralink to understand and treat different forms of brain or spine-related disorders. For instance, paralysed humans could use the implanted device to control phones or computers.

However Musk also envisions the implant as a means of enhancing your own brain, giving humans the option to achieve a symbiosis with artificial intelligence (AI).

This could eventually lead to a future of "superhuman intelligence", according to Musk.

Technology has a tendency to allow things to change faster and faster. It is getting to the point that it is now quite difficult to keep up with. We as a human, are wired to look for certainty and negative biases. 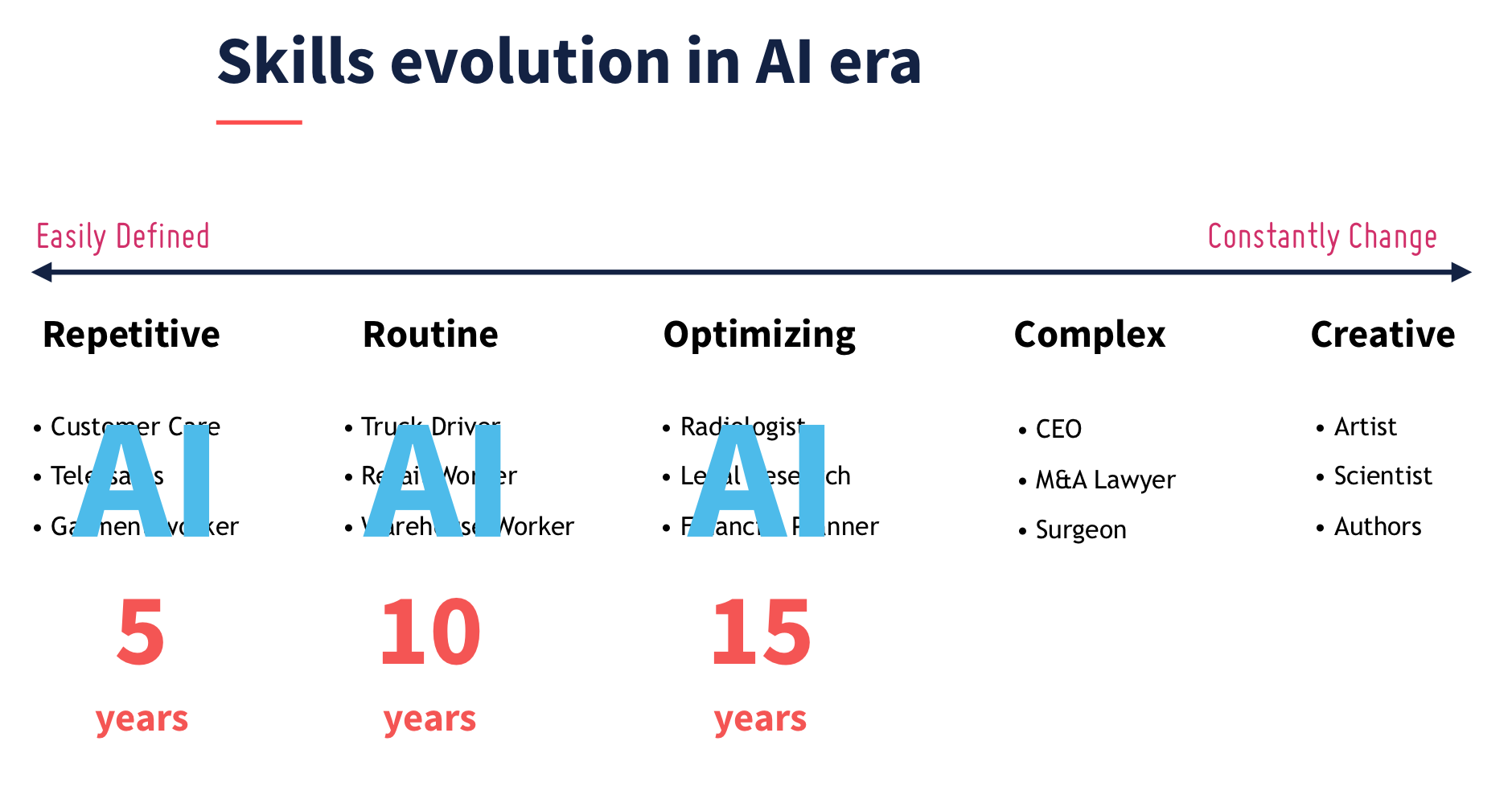 In the new world of AI, it has created friction and pushed our insecurities to the forefront. We need to be ready for it. Know which rules are no longer valid and have the courage to write a few new rules.

4.2. How to prepare yourself to be ready for AI

Not all currently crucial skills would survive the onslaught of AI. AI is designed to solve a new business problem. It will leave many people in economy disadvantaged if not prepared for it. 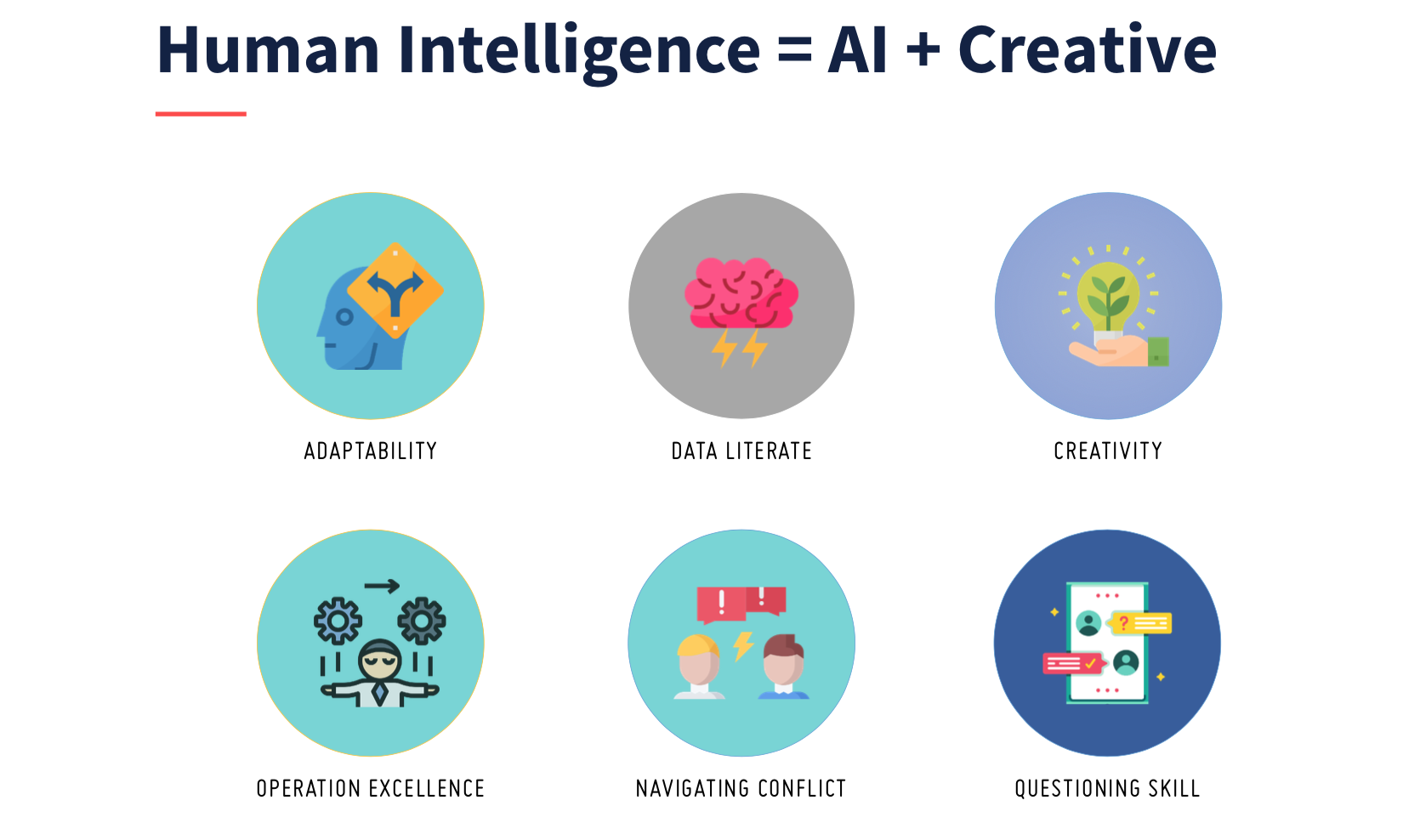 Any routine and repetitive task job will be the first to be replaced. Works like customer care truck driving, and retail jobs are in deep danger.

Be prepared for AI before it prepares to take over you and everything you created on this beautiful planet Earth.

What is Artificial Intelligence and why you should care about AI